Born in San Pedro Del Rio Venezuela, he began his musical studies in 1993 at the “Marco A. Rivera U.” music school. In 1994 he started his music education at the Nucleo Tachira from El Sistema.
1994, he joined the National children Orchestra from Venezuela. He was a student of the teachers Thomas Klamór (trumpeter of the Berlin Philharmonic), Jairo Hernández, Alexander Barrios, Alfredo Daddona and Antoine Duhamel, participates  in all their seminars, International tours to the United States, Mexico, Brazil, Chile, Argentina, Uruguay, Italy, France, Germany and Austria.
1997 he joined the  Ayacucho Orchestra  under the direction of Maestro Rodolfo Saglimbeni and that same year he participated in the first edition of the Iberoamerican Youth Orchestra.
2000 he participated in the “Sewanee Summer Music Festival” in Tennessee, USA and won the prize for young soloists; also participates in the Itinerant Conservatory being pupil of the French teacher Franck Pulcini in Caracas.
Participates in the Summer Festival “EPSIVAL” in the editions 1999, 2000 and 2004 realized in Limoges France.
2001 he received a full scholarship to study at the University of Louisiana USA.
2002 he participated in the first meeting of the Youth Orchestra of The Américas, held in Boston – USA; performances a series of concerts in  Latin America.
2003 participates in master classes with Thomas Klamór in the Academy of the Philharmonic of Berlin in Germany. He has participated in the Spanish Brass Academy and the 2005 Alzira Festival in Valencia, Spain.
2004-2005 plays in the season of the Orchestra “Ostinato” of the theater of the comic opera of Paris.
2005 he received the diploma of superior level and first prize as well as the gold medal in the conservatory of Montreuil with special mention and congratulation of the jury under the tutelage of the Maestro Eric Aubier in Paris, France.
2006 Semifinalist of the International Competition of the City of Paris “Maurice Andre”.
He has participated in Classes, conferences and workshops in different parts of the world in projects promoted by CAF, as well as Universities and projects inspired by El Sistema  Venezuelan in Panama, Ecuador, Colombia, France, USA, Spain, England,Chile.
He is a member of the Simón Bolívar Symphony Orchestra of Venezuela since 2000, led by prominent Maestro Gustavo Dudamel, participating in major world festivals such as the Lucerne Festival and Salzburg , such as the Philharmonie in Berlin and Paris, Disney Hall in Los Angeles, Carnegie Hall of New York, BBC Proms of London and others.
He has made recordings for the important Deutsche Grammophon label, including the imposing Eighth Symphony by Gustav Mahler and the Los Angeles Philharmonic Orchestra.
In his career as a chamber music specialist  he is a member of Venezuelan Brass Ensemble as well as the renowned Simon Bolivar Trumpet Ensemble, which since his foundation has participated in concerts in USA, Colombia, England, France, Mexico, Germany, Austria, Norway, Liechtenstein, Italy.
2012-2017 was the Artistic director of El Sistema Tachira with more than 20.000 youth musician in the different  Music programs.
2006 He created and serves as director of the National Trumpet School of El Sistema Venezuela and has been artistic director of the International Trumpet Festival Grande Maurice.
2017 Grammy winner among Maestro Dudamel and Guaco
Gaudy Sanchez is an exclusive artist of the well-known brand Schagerl of Austria. 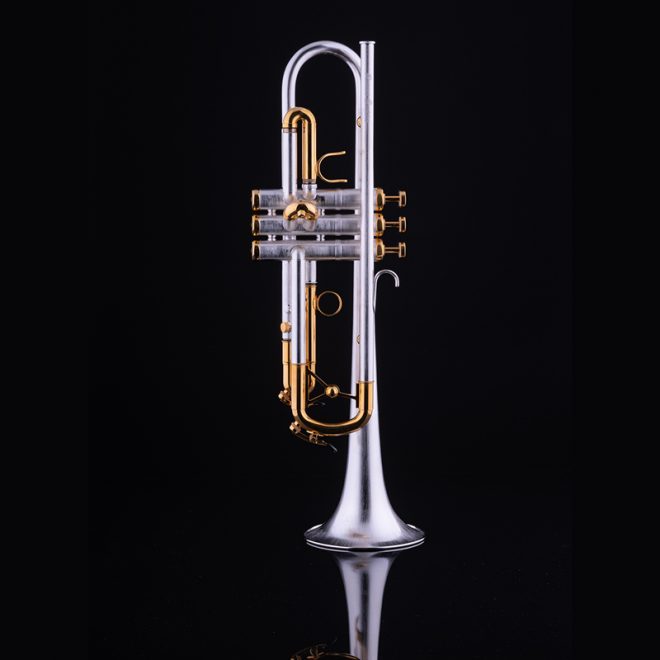 B Trompete
ROMAN EMPIRE This trumpet offers total flexibility in all ranges, as well as the ability to push the dynamic boundaries to their limits.