Born on September 23rd 1988 in San Cristóbal, State of Táchira and raised in Caracas within a family of musicians, Gerald started his musical studies at the age of 5 and the trumpet studies at 7 at La Rinconada de Caracas branch under the direction of Rubén Capriles. The next year, he began studying trumpet with maestro Walter Pino and joined the Youth Orchestra of La Rinconada right after under the baton of Eliécer Sánchez. In 1998, he entered the

Youth Orchestra of Chacao where he studied trumpet with professor José Rodríguez.

He joined the Children Orchestra of Caracas conducted by Rubén Cova in 1999 where he has the opportunity to perform as soloist interpreting the Concert for two trumpets by Antonio Vivaldi. In December of the same year, he is chosen to be part of the National Children’s Orchestra of Venezuela with whom he toured around the world extensively to countries like: Germany, Chile, Argentina, Uruguay, Austria, USA and Italy. He also joined the cathedra of trumpet with maestro Jairo Hernández.

He was part of the Venezuela Trumpet Quartet with whom he had the opportunity to participate in countless prestigious festivals like Mozarteum of Salzburg, Royal Festival Hall of London and Konzerthaus of Vienna, among others. He also has one recording with this group called Manteca. While in the quartet, he was also part of the Venezuelan Brass Ensemble conducted by maestro trumpeter Thomas Clamor of the Berlin Philharmonic with whom he gave several concerts in various countries of the world and also has a DVD with EuroArts and a CD with EMI Classics.

He is the only Latin American member of the European Brass Ensemble, an ensemble conformed by musicians of 24 nations also conducted by maestro Clamor. In early 2016, he participated in the recording of this orchestral group entitled In Residence under the GENUIN label and recorded at Bad Frederburg, Germany. The label has its headquarter in Leipzig. This recording was nominated at the ICMA – International Classical Music Award 2017.

Parallel to his education as academic trumpeter, he joined the world of jazz at an early age. He has had the opportunity to participate in various national and international festivals and has been able to share and study with maestros such as: Pablo Gil, Gerry Weil, Gerardo Chacón, Carlos “Nené”, Porfi Jiménez, Nicholas Folmer, Pedro Eustache, Víctor Cuica, Luis Perdomo, Andrés Briceño, Bob Mintzer, James Morrinson, Thomas Gansch, Harry Sokal, among others. He also leads “Charangoza All Star” a Venezuelan Latin and Afro-Cuban group where he gathers the top performers of these genres in each of their instruments and voice.

On this versatility, Maestro Gustavo Dudamel has affirmed: “I’ve had the wonderful opportunity to see the artistic evolution of Chipi since early age. His capacity of being able to perform in various musical styles demonstrates his exceptional talent. His path as artist has no limit.”

As soloist, he has recorded two albums: My Favorite Standards released in 2013 and Melodies For The Soul, released in 2015, a well-received work by public and critics alike that led him to be nominated six times at the Venezuelan Music Pepsi Award, being the winner of three awards in the categories of Classic Artist of the Year, Jazz Artist of the Year and Jazz Album of the Year. For the 2016 edition, he competed in four categories showing his versatility and talent.

Transparente, his third recording, will be released in the international market at the end of 2017. There, he’ll demonstrate the qualities that as singer songwriter have conquered the public in “Almas Gemelas”, “Se Llama Amor”, “Samantha” and “Novo Amor”, songs that will be

included in that production and that the public can enjoy on the Youtube channel of the artist.

He belongs to the exclusive groups “Schagerl Artist”, the famous Austrian metal instrument brand that sponsors the most relevant and veteran trumpeters at global level being not only the youngest of this select group but also but the first Latin American. His discography is distributed internationally by the American label EBD Records. 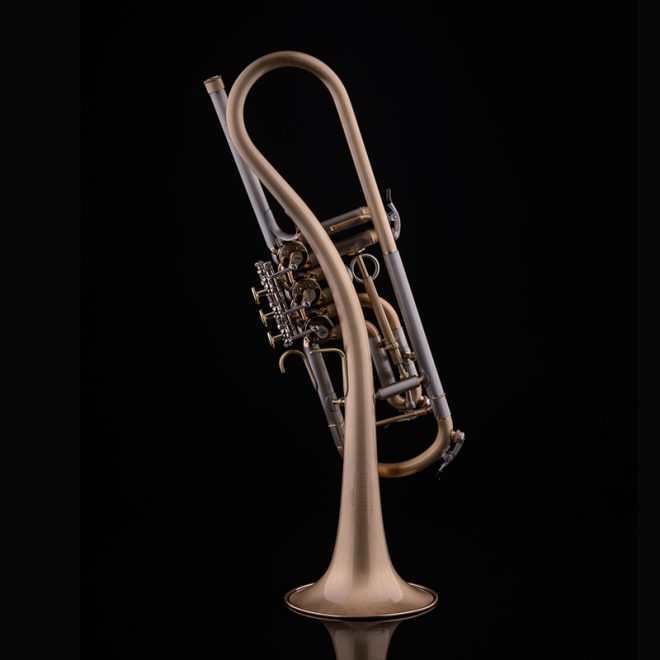