James Morrison – about the instrument:

This is my new trumpet from Schagerl – although it looks a bit like a cornet, it is definitely a trumpet.
The design comes from my wish to have a rotary valve instrument due to the different articulation you get compared to piston valves. I find the rotary sounds more precise and there is a smaller “dead spot” between when you push the valve and when the next note comes out clearly. This is particularly noticeable when playing quickly in the upper register (something I like to do).
So if I want a rotary trumpet, why not just use one of the many Schagerl’s that already exist?
Rotary trumpets vary from their piston cousins in another way than just the valves… the lead pipe on a typical rotary is very short and goes from the mouthpiece straight into the 1st valve. The lead pipe on a piston trumpet is nearly 4 times as long, it goes out towards the bell and back into the 3rd valve. This difference in lead pipe length has a considerable effect on the sound and feel of the trumpet, particularly the power in the upper register.
So the Raweni was conceived to be a rotary valved trumpet with a long lead pipe. This lead to several prototypes of different shapes and configurations until the beautiful instrument you see now. It actually still has the lead pipe going into the 1st valve (like any rotary) but only after a long trip out towards the bell and then back towards the mouthpiece – giving a length similar to a piston trumpet.
The ‘cornet – like’ appearance was due to the fact that the rotors needed to be placed low (increasing the vertical dimension) and this lead to a decreased horizontal length – like a cornet. But as far as the tubing goes, this is all trumpet. The valve actuators, that look like pistons, were placed on top – so the instrument can be played with one hand. I need this for various reasons, including using a plunger mute, playing piano at the same time and conducting a big band whilst playing. It means the Raweni is played ‘upright’ like a piston trumpet, rather than on it’s side like most rotarys. In this respect it is similar to that other wonderful Schagerl – the Gansch horn.
One characteristic of the Raweni is that it is extremely warm sounding when played softly, almost like a flugel horn. When you blow it hard, it goes the other way and is even brighter than a regular trumpet. This ‘breadth’ of tonal range is very appealing to me for jazz work, as I can create a very intimate sound even without a mute and still ‘scream’ any time just by increasing the air.
Finally, why is it called the ‘Raweni’?
It was decided to plate it with a combination of platinum and silver that looks black, hence the name of the black bird. Unfortunately there is a delay with this type of plating and so I asked for my first Raweni in gold plate. There is a second prototype on the way that will indeed be black and should look wicked!…Read more http://www.thetrumpetblog.com/the-new-schagerl-raven-the-best-of-both-worlds/ 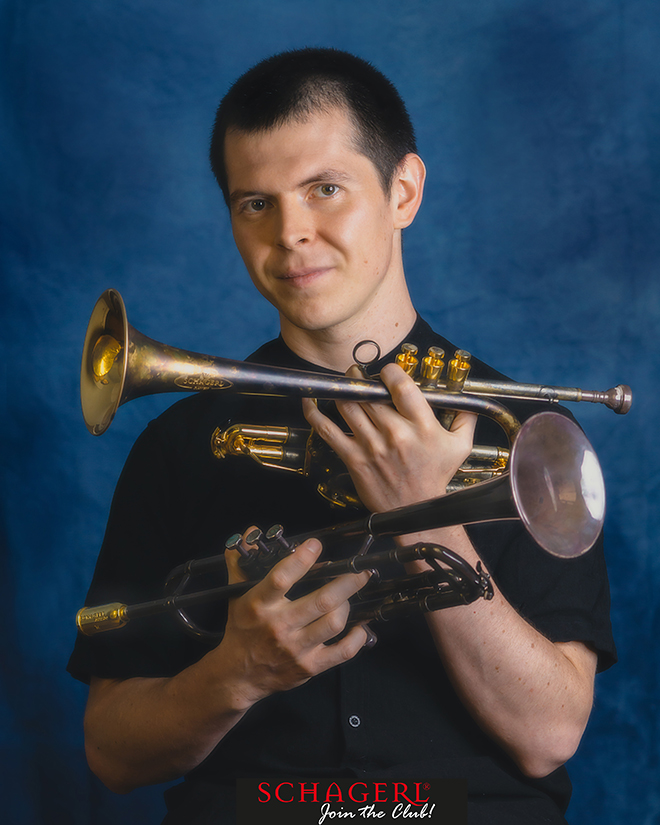 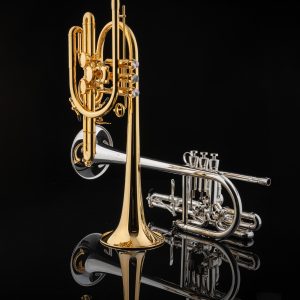 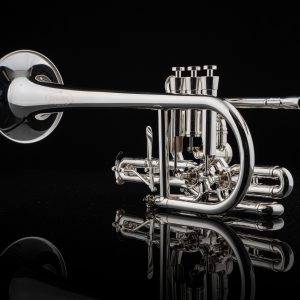 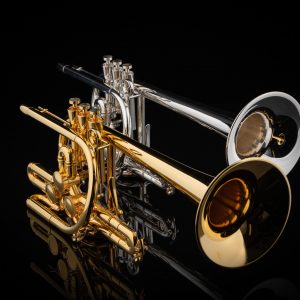 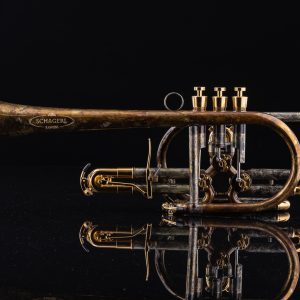 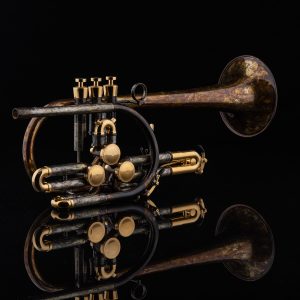 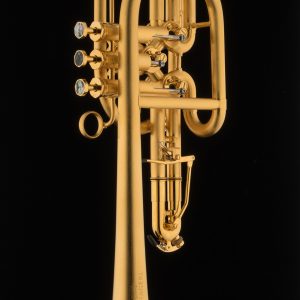 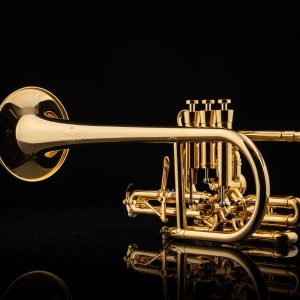 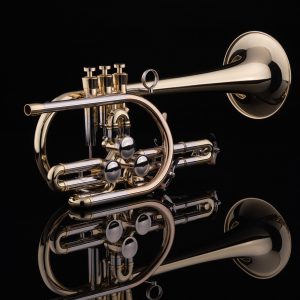