Gábor, what are your earliest memories about the Schagerl brand? When and how did the first meeting happen?

Back in 1995 I was lucky enough to become a member of the world famous Pro Brass wind ensemble. Back in the day the ensemble had several Hungarian members and it was a real joy playing with them. But for me the most amazing thing was playing alongside the great trumpet artist Hans Gansch. I had the fortune to know Hans already before – about 6 months earlier I became his student.  I could take lessons from him at the Vienna Opera House and that was a really amazing experience for me. Back then Hans did not teach officially yet, he was the principal trumpet player of the Vienna Philharmonic Orchestra.

I can tell you that those few meetings with Hans improved my playing considerably.

With Pro Brass we’ve been touring Austria, and in 1995 we had a concert in Mank. Following the morning rehearsal Hans said: “Let’s visit Schagerl’s place, maybe he has something interesting to show us.”

When we got to Hörsdorf I had the feeling that for Hans it was like going home.

Karl Schagerl senior and Hans Gansch senior have been friends and colleagues for a long time. Hans Gansch senior used to be the conductor of the brass band in a nearby village where the members of the two families played together: Hans Gansch junior and the two sons of Karl Schagerl, the younger Karl and Robert. Karl Schagerl sen. is a real genius, he is good at everything he does. Back then he built and repaired brass and woodwind instruments, and also violins. He founded his own company in 1961. This was the predecessor of Schagerl Musikhaus. Here he repaired all kind of musical instruments.  When he retired his son Karl junior took over the business. In the meantime the younger son Robert has become a professional maker of brasswind instruments. Whenever we visited them we had the chance to try his newest instruments. Hans has always been enthusiastic about Robert’s activity and supported him with hints and ideas. When Hans and myself visited them together they asked me too what I thought.

So slowly I became a “family member” as well.

How did you finally become an owner yourself, what was your first Schagerl instrument?

Next summer Hans showed up at a Pro Brass rehearsal with a Bb and a C trumpet in his hands. He said: “Try them, these are really good!”. Robert made 2 pairs, one for Hans and one for me. This was the moment I became a Schagerl user.

So I got my very first Schagerl instruments in 1996 and they made me happy from the very first moment.

After that the Schagerl brand went through a serious evolution. At the beginning there was the Classic Line and the Jazz Line. The rotary and the piston. One Bb and C of each. It was like that until around 1999. These trumpets were absolutely successful. But later some musicians were looking for a little bigger, or little smaller models as well. That was when the Vienna model came out, and then the W-2001. These were a little different from original models.  Then the trumpets marked D1 and D2 followed. D standing for “Deutsch” (German system). These were a little larger then the Vienna.

I played a Classic Line Bb till 2015, liked it a lot, this was the trumpet I won my auditions with.

How did you become a Schagerl endorser? What kind of tasks, obligations, benefits does this status come with?

I think this comes with the career of the musician. If someone makes a really nice instrument, and the musician playing it wins the audition an gets a good job, not only the musician becomes more famous also his instrument. I’m always watching which trumpets the young musicians are playing who win auditions. And those are the ones I’m recommending to others, the ones that are worth purchasing. By becoming the principal trumpeter of the Bayern Radio Symphony Orchestra in 1999, not only I became more famous, but also the Schagerl brand. So the reason I became an endorser is that I got better and better jobs as principal trumpeter at top orchestras.

In 2004 I won the job at the Berliner Philharmoniker as co-principal trumpet player with my fellow countryman Tamás Velenczei who also played Schagerl trumpets. It was a fantastic new experience, not only for Tamás and myself, but also for the people making our instruments.

It is also important to mention, however, that the very first great Schagerl trumpets were made under the guidance of Hans Gansch, a world famous and very influential artist. Not much later his brother Thomas Gansch and his ensemble Mnozil Brass did a great job for the brand too.

A long story short: I became an endorser due to my professional career.

During those 24 years we have been working together, the people at Schagerl and myself became very close friends.

What kind of privileges does this come with?

As a student of the academy I’ve been daydreaming about trumpets custom made for me. I’m so happy this dream of mine came true.

What is your personal role in the process of developing? How about the “Berlin” model? Tell us the story please!

In 2011 the company was ready to produce each and every part of their instruments locally. The idea was to have more control over quality – and this was a good idea. This was the moment when we started thinking about a new model.  There was the “Hans Gansch” trumpet, and Karl wanted to have a “Gábor Tarkövi” model as well. I did not like the idea, therefore I recommended to call it “Berlin” instead. It is important to underline that without the help of (sales manager) Michael Schiller the trumpet would not be as good as it is. He was helping a lot during the whole process. At the beginning I also asked Hans Gansch quite frequently what he thinks, he helped a lot too. But, of course, it was Robert who actually built the instruments, therefore I tried to cooperate with him as intensively as it was possible.

We started the innovation process with the Bb. The Bb’s we developed are really very good, students of famous professors are winning good jobs with them.  A couple of years ago we started working on the C trumpet as well – with very good results. A big plus is that the experts working at the factory are absolutely open minded. Whatever my problem is, they never say “OK, but this trumpet is just fine as it is”. They rather make efforts to make the instrument even better, and this is very important.

How do you see the future of the company?

I think this interview makes it clear that since the ‘90s the Schagerl brand is a big success story. And I’m absolutely sure this will remain as it is for many years to come. It is a great pleasure for me to be part of this success. 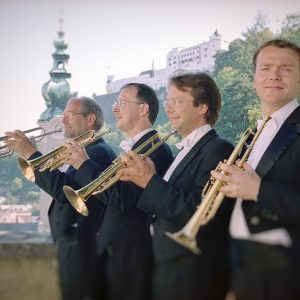 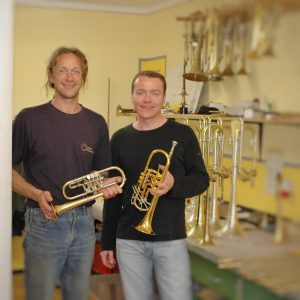 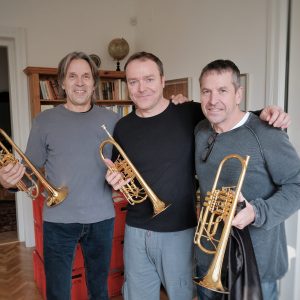 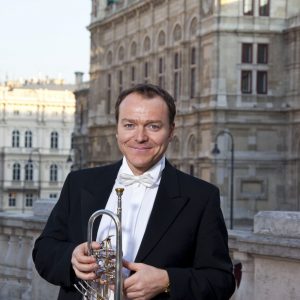 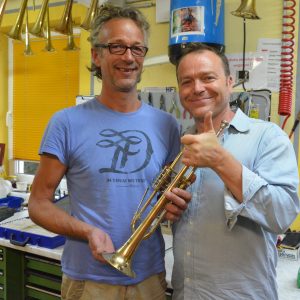 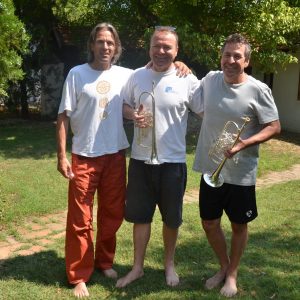 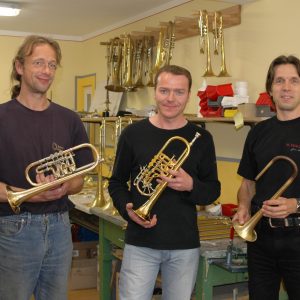 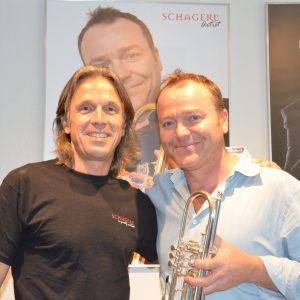 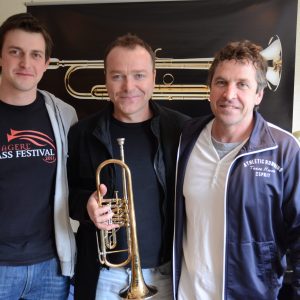 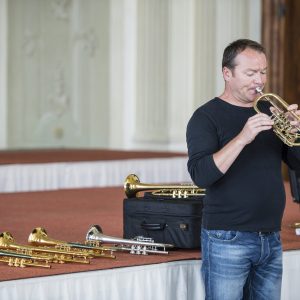 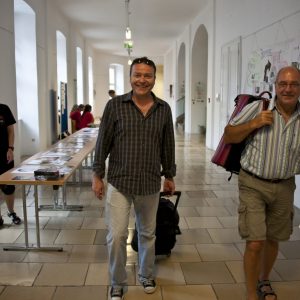 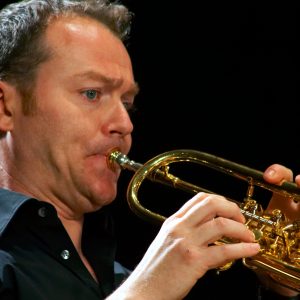 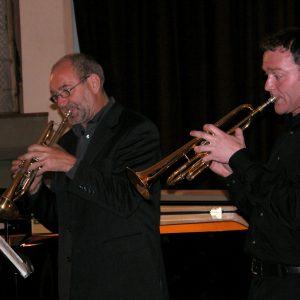 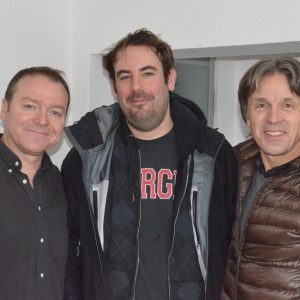 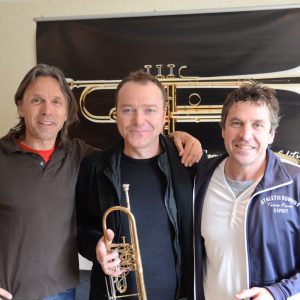 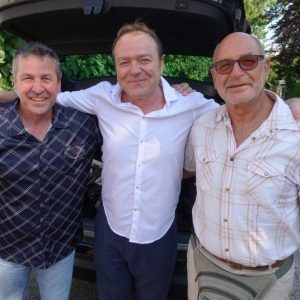 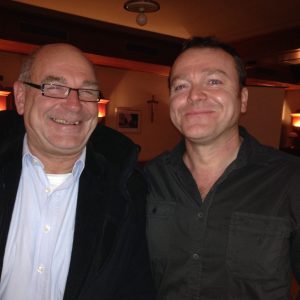 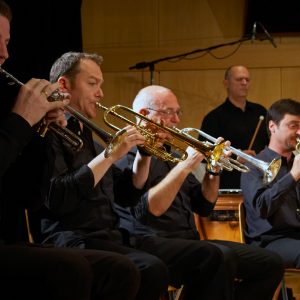 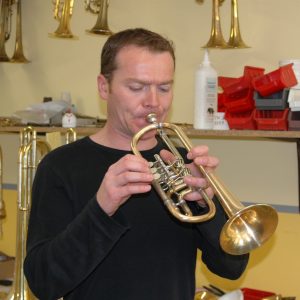